“I am an abolitionist” – This is a true story of remarkable resilience and love in all its essence.

I never thought I would come to the point in my life where I would be able to stare down the darkness and not look away.

For years I tried to control my rage at injustice by not getting involved in the human trafficking abolitionist movement.

But now that’s all changed…

My name is Marina Kurban – I am an abolitionist and I have a story to tell.

When I say human trafficking, what first comes to mind? I get different responses varying from a lack of knowledge or awareness to complete misunderstanding.  Very few people have a general idea of the extent of this global atrocity.

According to The International Labour Organization – nearly 21 million people – Three out of every 1,000 people worldwide – are victims of forced labour across the world.  Trapped in jobs which they were coerced or deceived into and which they cannot leave. Of these 21 million – 5.5 million (26 %) are below 18 years. (International Labour Organization)

21 million people are trapped in slavery TODAY.  There are more slaves in the world right now than at any other time in history.

Human trafficking is a very broad and complex issue which includes sexual exploitation, forced labour, removal of organs just to mention a few.

Human trafficking is the fastest growing criminal industry in the world, generating $150 billion US dollars a year for traffickers globally.  (International Labour Organization).

For some people the numbers and statistics will remain just numbers, just statistics.  For me however the reality of this atrocity is personal…

I grew up where drugs, alcoholism, orphans on the streets and prostitution were common.  In fact, quite a few of my childhood friends did not make it past 20.

Today, I want to share with you my story and why I became an abolitionist.

However, before I dive into my own story I must share with you the story of a remarkable woman.

Without her story, I would not have mine.

She is my hero.  She taught me what it means to truly love.

Her name is Galina.

Galina grew up in an orphanage and had to leave orphanage at the age of 16.  She had a traumatized childhood and never knew what it’s like to be a child.

She was physically, sexually and emotionally abused.

Galina, in her late 20’s found herself living in a developing country Tajikistan,

and as a single mother of three children, ages 7, 5 and one year old.  She worked two jobs and hardly saw her children.

The collapse of the Soviet Union had a profound effect on the economic climate in Tajikistan.  Factories closed, there was a dire shortage of food and people began immigrating out of Tajikistan looking for work and income.

Tajikistan had no social welfare.  You fetched for yourself.  If you did not have relatives who were well off, you were in trouble.  I am talking about real trouble – homelessness, prostitution, children on the streets, drugs, human trafficking.

Galina and her three children lived in a one room flat with no heat, a little kitchen with a stove that did not work and a bathroom with a toilet that did not flush.

However, from time to time, Galina would disappear for days, leaving her children alone or with strangers.

Very often when the children were left alone at night, men would come asking for mum.  These men would get into a rage and bang violently on the door, demanding that the children open the door.

The children had no idea what was going on or what the men wanted but the oldest daughter knew that some of these men were members of the mafia and that her brother and sister and herself would certainly not make it when the door broke open.  So, she would ask her siblings to pray to God.  Neither of them knew who God was or how to pray, but every time they did pray, the men would leave.

Calling out to God they did not yet know worked.  He hears and He answers.

It was not the first or last time the children were faced with life threatening danger that they were miraculously saved from.

By her brutal circumstances Galina was forced into the commercial sex trade in her early thirties.  Now you are called a prostitute by everyone.  Sometimes you get paid, which is not much, just enough to survive.  Sometimes you are raped by a gang of men.  But you do not have a choice – you have children to feed and once you are in it, it is very unlikely to get out.

More and more strange men would come to Galina’s home.  One, two, three, ten a day, maybe more, where behind only one door separating children from mother, a crime against life, a crime against humanity was committed.

And then there was the drinking, a lot of drinking to avoid feeling the pain, however, drinking only intensified the pain.

The children were all that Galina had, their existence was still innocent and good in amongst so much darkness. Other options were to give the children away or sell them, like many other mothers in such circumstances did.  Instead, Galina sacrificed herself so that her children could live.

Meanwhile on the streets, Galina’s children were suffering the consequences of being “children of a prostitute” as they were called.  Street fights were common and frequent.

Men would point at the children and laugh and call them names, offering to pay for sex.  At school they had very few friends, if any.   They never looked cared for, hair un-brushed and sometimes infested with lice.  At times Galina would just shave her children’s hair to avoid dealing with lice.

Dirty clothes on malnourished bodies and shoes that hardly covered their feet was a norm.  The children were always hungry.

Galina became extremely abusive, emotionally and physically.  She would drink every single day to numb the pain, mainly hard alcohol like Vodka which was killing her liver and kidney. While drunk, Galina would often get into a rage and beat her children sometimes into unconsciousness as she would lose control.  Then she would cry and drink more.  A vicious cycle.

Galina was dying physically and emotionally.  There was no hope.  In her early thirties she was dead inside and there was no place to turn for help.  The children had no safe place to go.  The streets were not welcoming and neither was home.

My mum died in my arms in her early 40’s from liver cirrhosis. It was the most devastating thing that ever happened to me. I have experienced so much pain in my life, but after all I didn’t even know pain like that existed. There is not a day passes that I do not think of her. I miss her deeply but am comforted knowing that she is in a much better place now.

I am the second born. My oldest sister Angelica was killed when she was one.  I have a younger sister Zarina, brother Yura and two nephews David and Danis, Zarina’s sons. Zarina and Yura are overcomers and are my inspiration.  In the near future I will bring their stories to life with their permission.

You see, statistically I am not even supposed to be alive, let alone striving and making a difference in this world.

I am a voice for the voiceless.  I represent everyone who did not make it and with my life I want to honour Yeshua/Jesus my Messiah who revealed to me God’s heart. He is the reason I am alive today.

I want to highlight two families who invested in to my life when I ended up in an orphanage.

Rune and Kari Borgso, missionary from Norway to Tajikistan, who took me in from the orphanage when I was only 12.

I was a wounded wild animal, full of rejection and mistrust. They became my family and they loved me and believed in me and when they had to leave the country due to civil war, Larisa and Arthur Musayelyan, missionaries from Ukraine and Armenia took me in to their home and became my family. 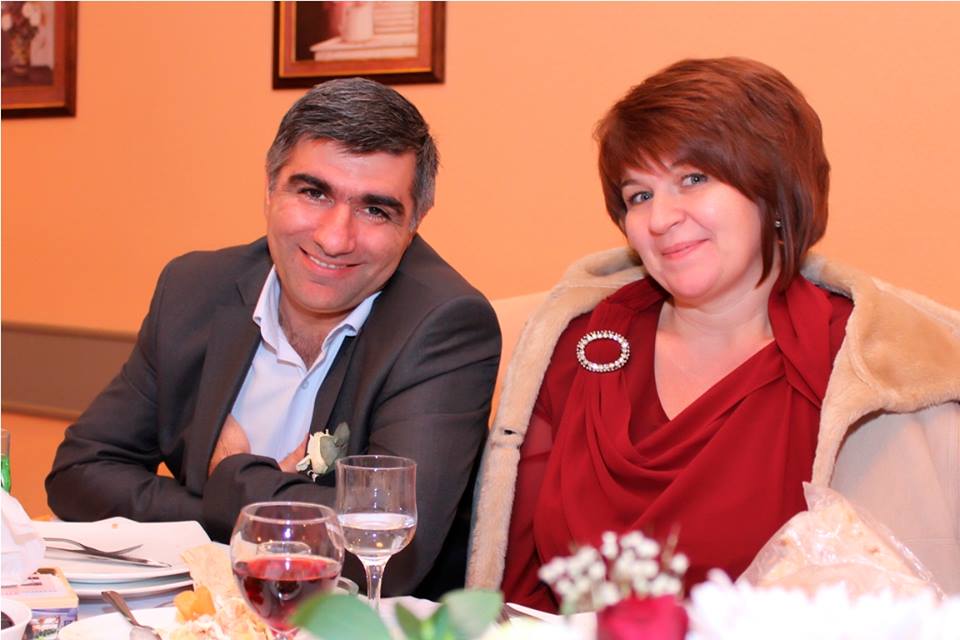 They loved me and believed in me.

Both of these families paid a price, it was not easy, but they heard God’s heart and did not give up on me.

Most likely I would have not been here today if they did not persevere.

Remember, each life matters. I am certain that investing in lives today is a better return investment than investing in my retirement account.

While my story is critical and an important part of what I do, the focus is not the sensational aspect of my story.  The focus is what I bring to the table as someone who has been on the ground.

The depth of the pain and injury is unspeakable but do we really need to know all the ins and outs of the trauma before we do something about it??

What will it take for us to make a stand and join the movement to abolish these atrocities that darken our world and destroy lives?

Today I am embarking on a journey of learning what true love looks like in action.

I dream big but most importantly I have a vision. My vision is “Advancing the Kingdom of God by empowering and equipping people with necessary resources” The strategy I am pursuing is to build renewal centers with a holistic approach in Tajikistan, Central Asia and then around the world.  It will contain agricultural farms, skill shops, music, art centers, fitness and pool centers, just to mention few.  But most importantly it will be a home of healing and restoration.

It will be a place that you can call home and where everyone is a family (מִשְׁפָּחָה, خانواده, семья, Whanaungatanga). Home were family can dream again….where family can be empowered and equipped.

Now, that you know my story I invite you to consider embarking on this mission with me.  I need teams of people willing to come on board and become part of this vision.

But you can make a difference.

If I can, you can.     Join me.     Join the movement of abolitionists to bring light into the darkness, and to bring an end to modern day sex slavery.